The WorldChanging web site has a useful article with several post-Katrina NO scenarios. Check out the 6 "thumbnail" scenario summaries. Snippets:

Another tool for producing best-possible outcomes is scenario planning: imagining several likely future-history pathways, starting from present conditions. In a short brainstorming session, at an international conference on regional sustainability held in central Hungary, an informal workshop group produced several possible scenarios for what New Orleans could become. Three of these scenarios are named after the Dutch cities they most resemble -- appropriate, given the city's position at the end of a major river, under sea level -- and they roughly correspond with some scenarios floated by other US commentators (which I had heard about largely through conversation with a BusinessWeek editor reporting on the story).

Describing scenarios in this way can help clarify what we are actually aiming for. It can also help as an information tool for those attempting to aim redevelopment money toward desired alternatives -- and away from unpleasant or non-optimal outcomes.

The WorldChanging web site has a useful article with several post-Katrina NO scenarios. Check out the 6 "thumbnail" scenario summaries. Snippets: 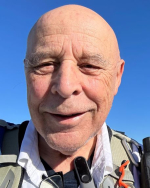